After my apparent failure on the first exam, I was keen and full of beans to do well on my second one. Sure enough, I put a kibosh on that sucker.

Strange because after talking to a bunch of fellow students regarding the exam, they were bringing up completely different answers to mine, yet they weren’t wrong. And then when I’d discuss what I had written down, I’d approached the answer from a completely different angle and they were like, “Yeah, that’s not wrong either.” I understand that there’s a subjective element to exam responses, but never had I come across such a variety of answers, all of which were not incorrect, just different.

While on the topic of all things different, sometimes my work can throw down some interesting challenges when it comes to transcribing the English language. One thing I didn’t expect while captioning an episode of an animated kids show was having to caption the entire thing in caveman speak (Or Neanderthal tongue, Troglodyte talk or ooga-da-booga-da vernacular, whichever you prefer).

I’ll take my hat off to the writers, because even though essentially what they had created was gobbledegook if you didn’t know where to look, the language still had form, function and structure.  Depending on who was being addressed, there were inflections both in tone and gender. It was infuriating, creative and (best of all) fun at the same time. I don’t think I’ll ever experience something like that in my job again.

Did you create  a language this week?

And what better way to celebrate a crowning achievement followed up with an epic fail. After creating a language, I had to caption a segment about one of these… 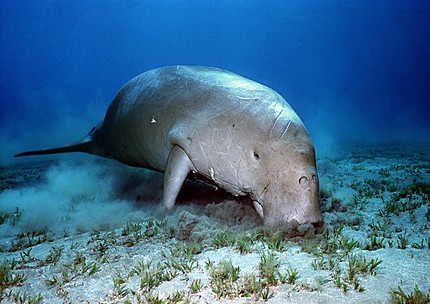 But what I ended up typing out instead was…

The party had started at approximately 7:36pm. A little later than usual, but nonetheless, the guests were mingling and the hor d’oeuvres were practically leaping off the serving platters. The servants rang the bell and the guests took to the dancefloor, unaware of whom their dance partners were to be. And then, in a fleeting moment of chance,  the two were introduced by the master of ceremonies, who uttered these words that would go down in history as the defining moment for their relationship…

“Face, meet Palm.” And they lived happily ever after.

I bet most of you didn’t know that is how facepalm was conceived.

That’s right, Dewgong instead of dugong. Oh, the idiocy. How it burns. A Pokemon instead of a poky seacow.

I could accept this if it was a mere typo, but no, my brain goes straight to Pokemon.

Referring back to the title of this post, two exams remain before this graduate diploma is done and dusted. I’m somewhat prepared, but my concentration has been lacking. Probably because I’m trying to keep too many fingers in too many pies. Thankfully, I’ve now managed to freeze some pies to come back to in a few weeks time.

After the disappointing amount of spice in ‘very hot’ Indian food my friend Spugs and I ordered a couple of weeks ago, we ventured to order the hottest they would willingly serve us.

A brief segment of  the phone order played out as follows…

Me: I’d like a chicken jalfrezi and beef vindaloo. Now, last time I ordered I requested for ‘very hot’, this time I would like it to be a lot hotter than that.

Waiter: Ok. We will make it as hot as we can.

Me: Fantastic. Thank you very much for that.

The answer to those questions…

It was quite hot, but not very hot. Overall, Spugs and I were satisfied with the level of spice, though. Perhaps next year I’ll spend some time scurrying about Melbourne in search of the spiciest food around. That could make for some interesting assaults on my internal organs, but I’ll put a gypsy curse on you if you don’t appreciate how much I’ll end up suffering for your entertainment.

Not that I really know what a gypsy curse consists of, I may just have to incorporate some greater level of mysticism into my appearance, make more of an effort to smell like roasted chestnuts and espouse weird recipes to cure everything from the common cold to demon possession.

Unfortunately there’s not much else to say about last week outside of the fact that I’ve just been prepping quite hard for these last two exams and once they’re done, prepping even harder for the amazing road trip I’m about to embark on.

This error message is only visible to WordPress admins


Error: API requests are being delayed. New posts will not be retrieved.

Error: API requests are being delayed for this account. New posts will not be retrieved.

Make sure this account has posts available on instagram.com.